The Chihuahua is a purebred, toy or tea cup sized dog. The body is longer than it is tall. The head is well-rounded, apple in shape and the muzzle is short and pointed with a well-defined stop. Puppies have a soft spot on the top of the skull called a “molera,” which usually closes by adulthood. The large, round eyes are set well apart and are dark, ruby, and may be lighter in white dogs. The erect ears are large. Dewclaws may be removed. The tail is long, sickle-shaped and either curled over the back or to the side. The coat can be short, long and wavy or flat. All colors, both solid, marked or splashed are accepted. Colors include, but are not limited to, black, white, chestnut, fawn, sand, silver, sable, steel blue, black & tan and parti-color. 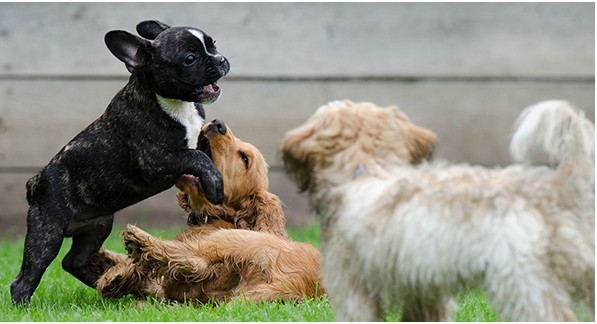 The Chihuahua is a good companion dog. Courageous, extremely lively, proud and adventurous, they enjoy affection. Brave, cheerful and agile, Chihuahuas can be strong-willed without proper human leadership. They are loyal and become attached to their owners. Some like to lick their owner’s faces. Socialize them well. For some, they may be slightly difficult to train, but they are intelligent, learn quickly, and respond well to proper, firm but gentle (positive reinforcement) training. May be difficult to housebreak. Do not let the Chihuahua get away with things you would not allow a large dog to do (Small Dog Syndrome), such as jumping up on humans. While it may be cute for a 5-pound tiny dog to put his paws on your leg when you come home from work, it is allowing a dominant behavior. If you allow this little dog to be your pack leader it will develop many behavior issues such as jealousy, aggression with other dogs and sometimes with humans, and will become undeniably suspicious of people except for its owner. When strangers are present, it will begin to follow its owner’s every move, keeping as close as possible. A Chihuahua that is pack leader of its humans may snap at children. This breed is generally not recommended for children, not because it is not good with them, but because most people treat the Chihuahua differently than they would a large dog, causing it to become untrustworthy. Because of its size, this breed tends to be babied and things we humans clearly see as bad behavior for a large dog are looked over as cute with a small dog. Small dogs also tend to be walked less, as humans assume they get enough exercise just running around during the day. However, a walk provides more than just exercise. It provides mental stimulation and satisfies the migration instinct all dogs have. Because of this, small breeds such as the Chihuahua tend to become snappish, yappy, protective and untrustworthy with kids and humans they do not know. Chihuahuas that are their human’s pack leader tend to be fairly dog-aggressive. An owner who realizes this and treats the Chihuahua no differently than they would a large breed, becoming a clear pack leader, will get a different, more appealing temperament out of this wonderful little dog, finding it to be a good little child companion.

Dachshund’s are expected to live anywhere from 12-15 years.